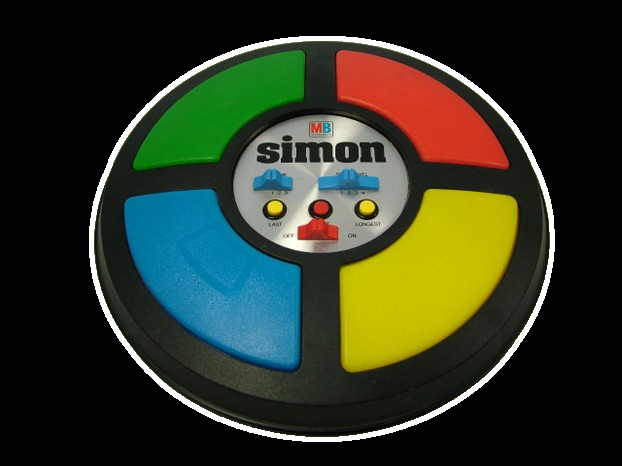 Simon is an electronic game of memory skill invented by Ralph H. Baer and Howard J. Morrison, with software programming by Lenny Cope. The device creates a series of tones and lights and requires a user to repeat the sequence. If the user succeeds, the series becomes progressively longer and more complex. Once the user fails, the game is over. The original version was manufactured and distributed by Milton Bradley and later by Hasbro after it took over Milton Bradley. Much of the assembly language was written by Charles Kapps, who taught computer science at Temple University and also wrote one of the first books on the theory of computer programming. Simon was launched in 1978 at Studio 54 in New York City and was an immediate success, becoming a pop culture symbol of the 1970s and 1980s.
Keys:
Mouse-based clicking works in this game.
Start: 1
Green Button: Left CTRL Key
Red Button: Left ALT/OPTION Key
Yellow Button: Spacebar
Blue Button: Left SHIFT Key
Last: Z
Longest: X